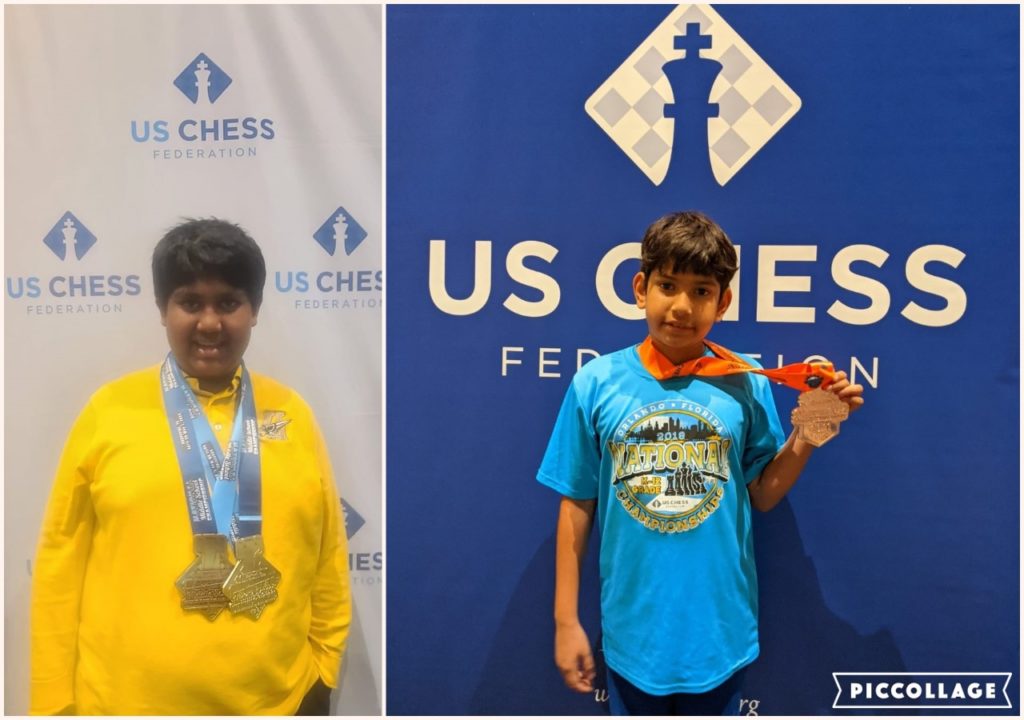 US Chess Federation conducted the 2022 National Elementary (K-6) Championship in Columbus, Ohio, on May 13 – 15. Chess Gaja students Neil, Saatvik, Siddharth and Anish participated in this tournament. Neil participated under K – 6 championship categories and won four matches out of seven, managed to draw one game, and lost two matches against […]

Check out the Results from DFW FIDE PREMIER 3

Dallas Chess Club conducted 2022 DFW FIDE PREMIER 3 in Irving, Texas, on May 6 – 8, 2022. Chess Gaja Students Neil and Gurugrahan participated in the Reserve section of this tournament. Neil was positioned at third place in the point table with three wins out of five games, one draw, and a loss against […]