GrandMaster reflections on the 2022 Chess Olympiad 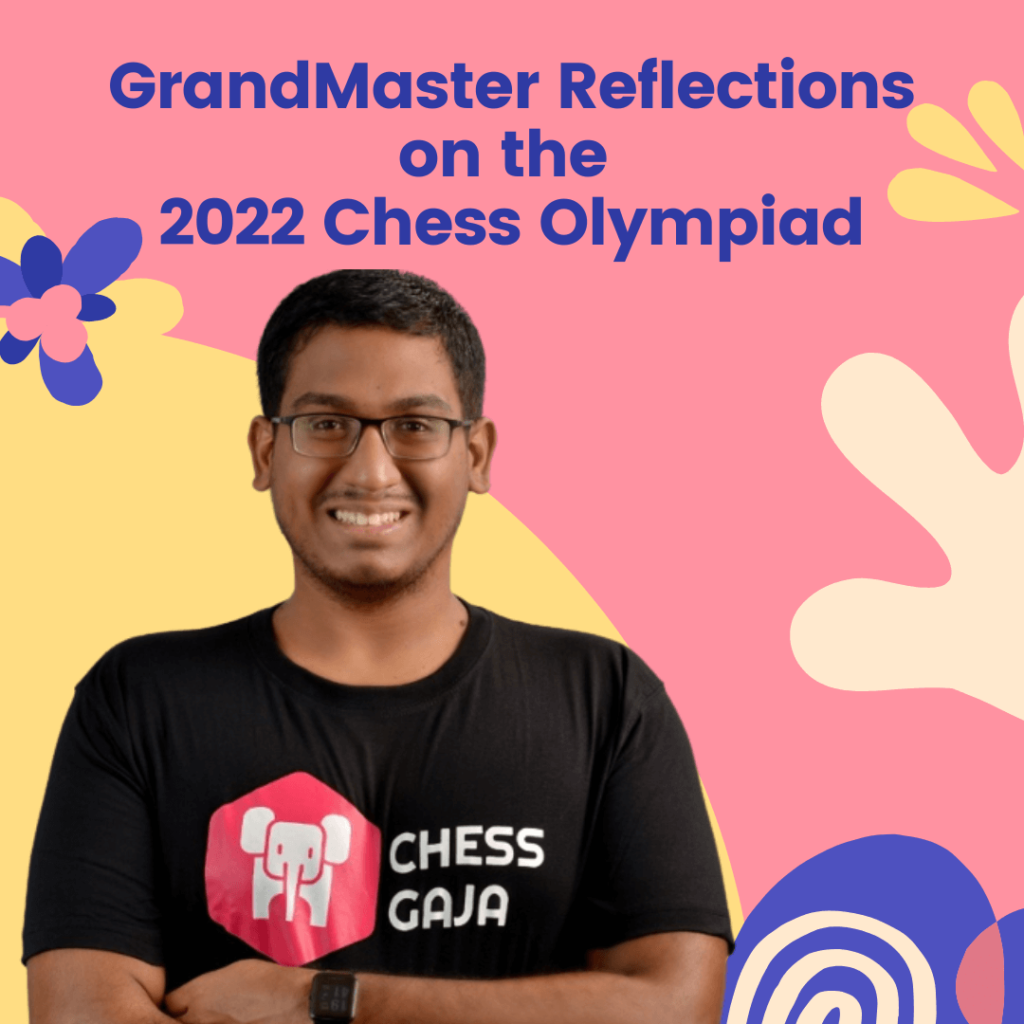 In the previous blogs, we have looked at various resources that help you improve in chess. We will be coming back to those topics in future blogs.

I want this blog to take a different route and discuss about Stamina, Being well rested, and Opening Preparation, topics that might seem unrelated but are very important for good chess performance.

Before that, let me give you a quick summary of the Brazil Team’s performance. The team started 28th and finished 21st in the final rankings, creating two big upsets: beating England 2.5-1.5 and drawing Ukraine 2-2.

The team was also very close to drawing the India-A team, but at the last moment, the tables turned, and Brazil lost 1-3.

Overall, It was an excellent result for the team. In the last 10 years of Brazil Olympiad history, they have never had an upset result against a higher-rated team. However, that trend was broken in this event. You can watch this video to look at my thoughts on the Olympiad.

Now let’s jump into my Olympiad observations on Stamina, Rest and Opening Preparation.

The Olympiad is a long tournament, but the point is that it is only 1 round a game; another point to note is that midway through the tournament, there is a rest day! So the players should have plenty of time to recover even after playing 4-5 hours every round.

Even with that much of rest, In the of the tournament many simple blunders popped up in the games of strong players.

The long games and many rounds tire out a chess player, even when it’s 1 round a day. So it becomes crucial to be in the best physical shape during the game.

I have attached 2 games from the Brazil match in the final round to show you a snippet of the blunders.

Chess is a very nerve-wracking and high calorie burning sport even though you are sitting and playing in a single place! So all the top players regularly replenished and hydrated their energy by drinking their favourite beverage, coffee, Tea, or Water, at regular intervals.

The top players also had cookies, chocolates or fruits at regular intervals to keep their glucose/energy levels stable throughout the game.

Top players rarely drank juices that are high on sugar, and the reason could be that you will feel an instant rush of sugar but will end up crashing soon.

Takeaway – Keeping your energy levels balanced throughout the game will help you play better, especially in the final phases of the game. Hence, the Chess Gaja students need to consume natural foods as much as possible during the game.

Drinking a small volume of water regularly is also essential to keep you hydrated.

In the Olympiad, the Brazil team often preferred being well rested rather than spending hours preparing deep against opponents.

Having Good Sleep and being well rested will keep you in good frame of mind for your games. I would even emphasize that you sleep 10 minutes extra on a game day than preparing 10 minutes extra for your opponent.

I know many Chess Gaja students play tournaments with multiple rounds in a single day, so it becomes crucial to preserve your energy and take some power naps between rounds instead of preparing deep for your next round’s opponent.

Takeaway – Be well rested, and all the significant preparation for a tournament must be done before and not during the tournament!

Opening Preparation is not everything!

Many students think they are not good at opening theory or think of learning more variations, so they can show variety in their openings.

Guess what I noticed during the Olympiad when the Brazil team was playing against England and Spain.

During the Preparation, we noticed that Adams emphasized depth more than the breadth of opening knowledge with the Black side.

GM Michael Adams played the Ruy Lopez exclusively when having the Black pieces against 1.e4. We thought this would make our life easy to prepare against him using strong engines.

The problem was GM Adams had tremendous depth in Ruy Lopez. Which made it impossible for us to find an advantage with even deep Preparation.

This tremendous depth ensured that Adams faced no problems even against a strongly prepared 2600 player like GM Supi.

Takeaway – So the point to note is its’ ok to know only one opening line, but you can make up for it by having immense depth and understanding in that particular line.

When we prepared against Alexie Shirov, we noticed that Shirov extensively plays 1.e4 and the Main lines of Sicilian. But, to our surprise, he played 2.Nc3 in the Sicilian, the game got steered to new positions as early as the 7th move.

Even though both players are tremendously experienced and knowledgeable of various pawn structures and ideas, they never rushed to play their opening moves.

They calculated for every move, figured out the developing patterns on the board, and made careful decisions, which led that complex game to a draw by the 41st move.

Takeaway – When you are hit with new openings/pawn structures, it’s essential to take time to understand the nuances and not rush with your moves in the opening.

If you enjoyed the blog, share it with your friends!