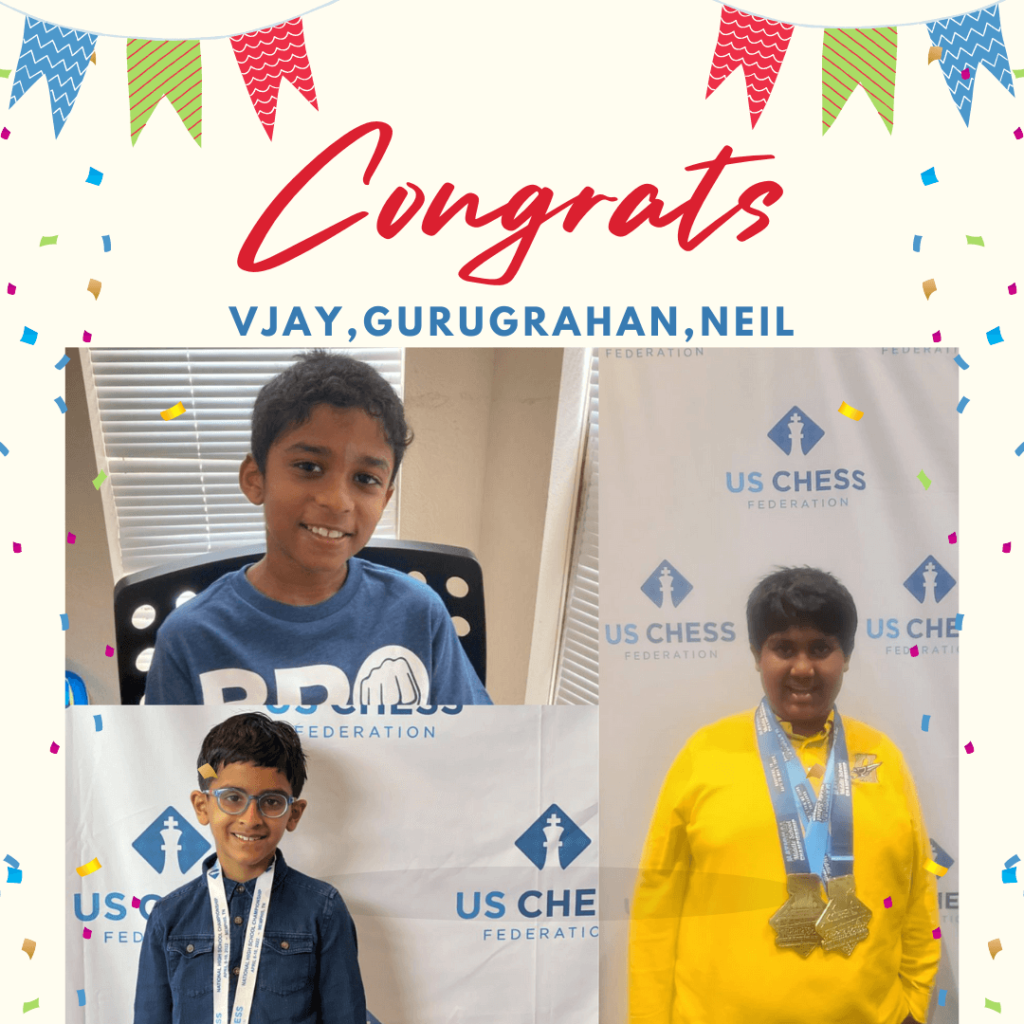 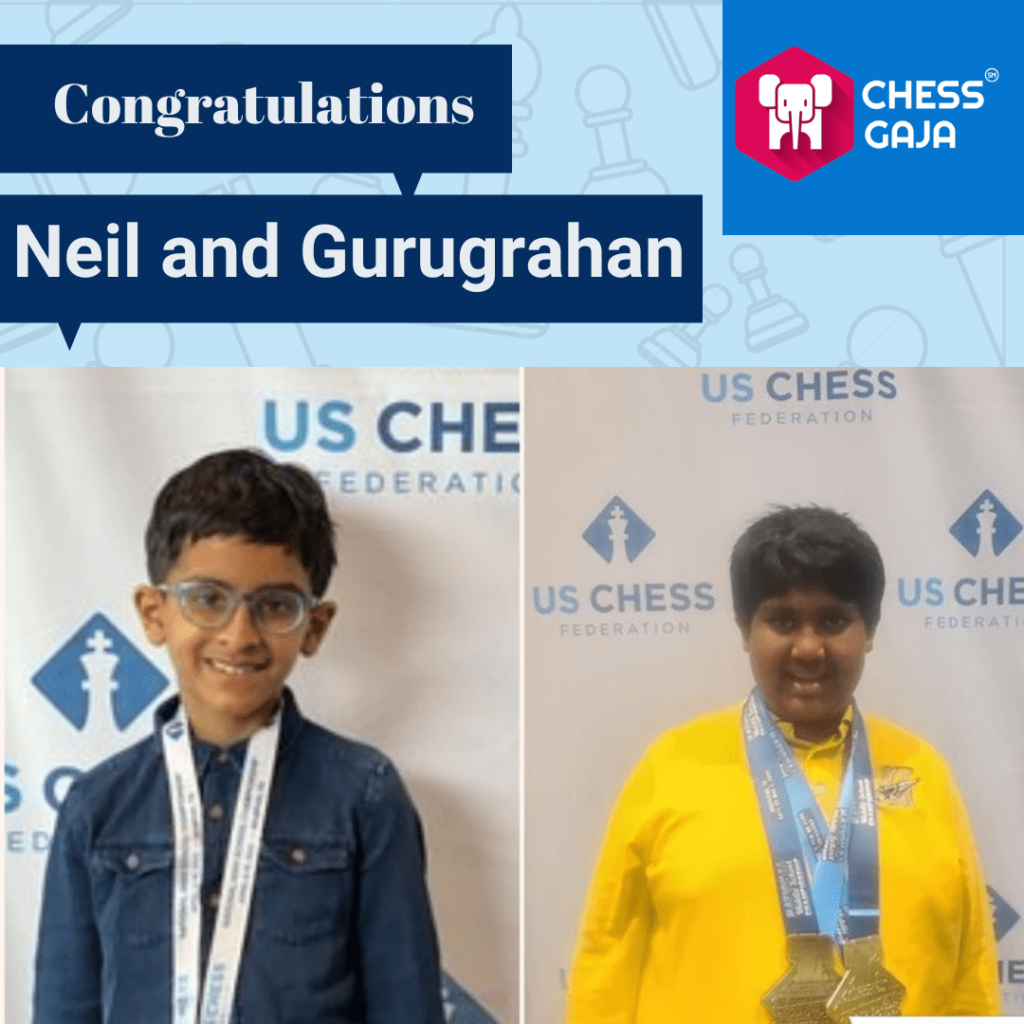 Dallas Chess Club conducted 2022 DFW FIDE PREMIER 4 from June 11 to June 13, 2022, in Irving, Texas. Chess Gaja students Gurugrahan and Neil participated in this tournament under the Reserve category. Gurugrahan scored two out of five points with two wins and three losses. His rating increased from 1121 to 1151. Neil scored […]