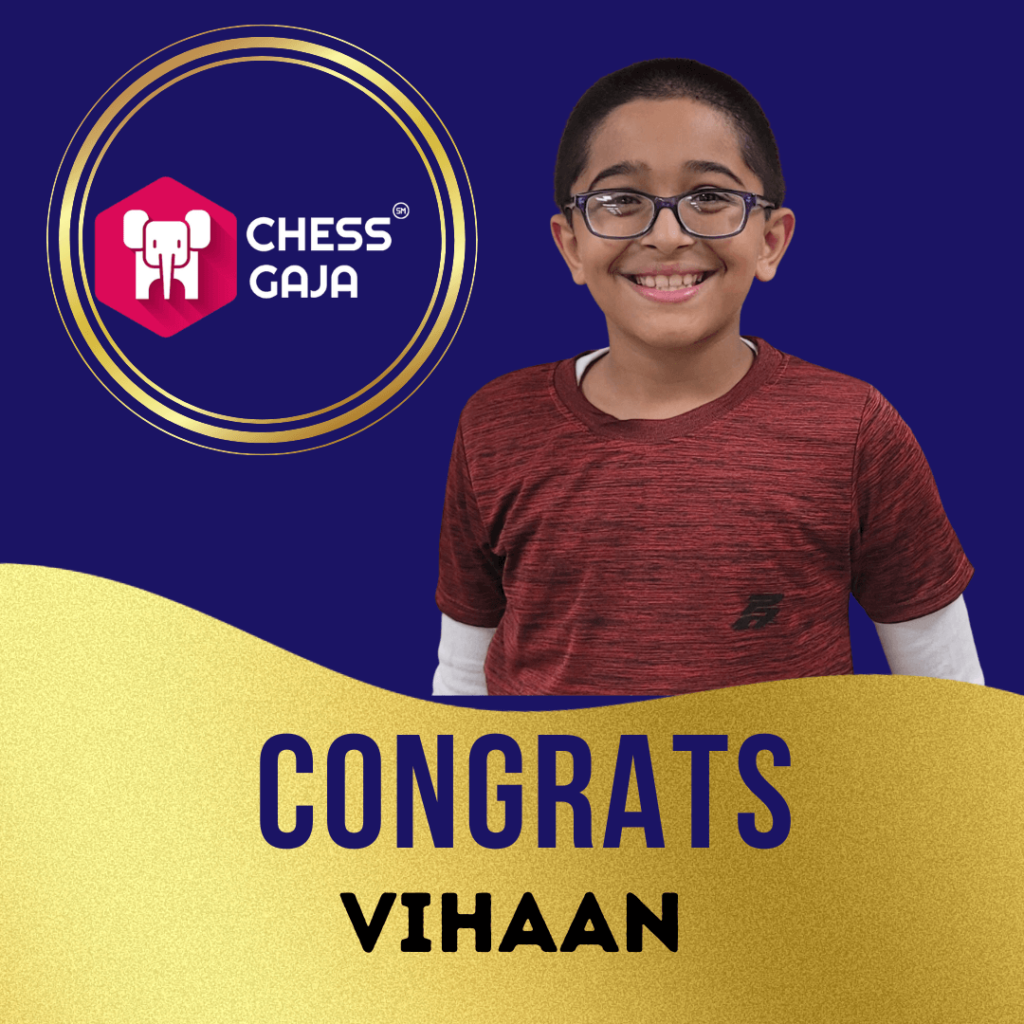 The Minnesota State Chess Association recently held its 2022 Hall of Fame tournament from December 17-18, 2022 in Edina, Minnesota. Chess Gaja student Vihaan participated in this tournament under the open section and scored 3.5 out of 5 points. In particular, Vihaan had impressive victories over higher-rated players Yuval (rated 1992) and Vaibhav (rated 2102). […]

Congratulating Vaseegaran on his Great Win in the 31st Chicago open 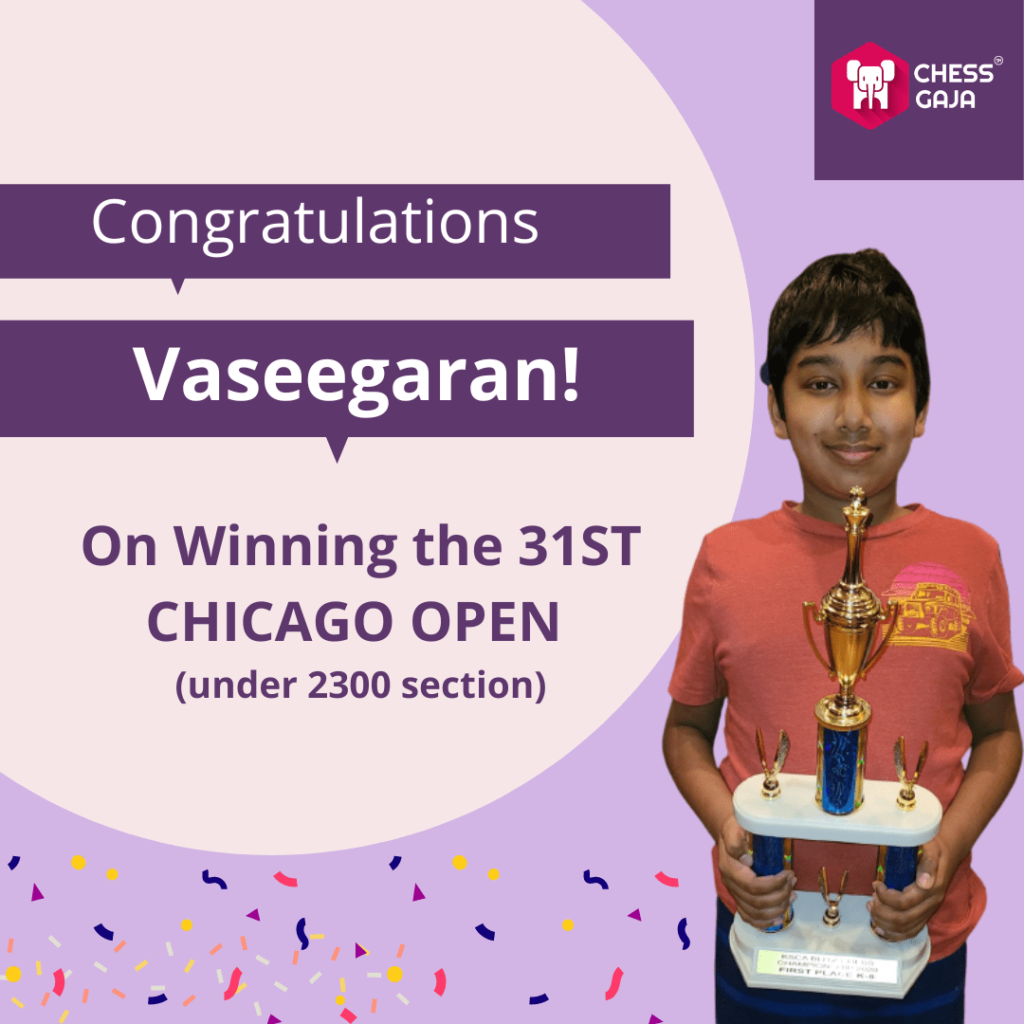 Continental Chess Association conducted 31st Chicago Open from May 26 – May 30, 2022 at Wheeling, Illinois. Chess Gaja students Vaseegaran and Vihaan participated in this tournament. Vaseegaran won this tournament with 6/7 points under 2300 category. He won five games and managed to drew two games against Krishnan(2041) and Angel(2243). Notably he won against […]

Chess Gaja student Vihaan participated in May Think 2022 tournament conducted on 21 May 2022 by Chess Castle of Minnesota at Bloomington, Minnesota. Vihaan scored 4 out of 7 points in this tournament. He won four, lost one, and managed to draw the remaining 4 games. He lost his second round game against William (2009). […]